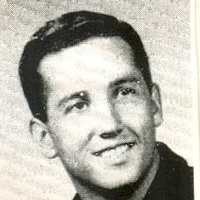 Staff Sgt. William C. Clem (Buster) passed from this life on Friday, May 4th at the age of 82. His last days were peacefully spent at home surrounded by his children, grandchildren and great grandchildren.Buster was born in Shawnee, OK on February 27, 1936 to William M. and Mary E. Clem. Buster graduated from Shawnee High School in 1955. After graduating he entered the U.S. Marine Corps and served the Corps for 4 years before joining the U.S. Army, which he retired from after more than 20 years of faithful service. After serving his country for a quarter of a century Buster retired from the military and did whatever it was that he wanted to do; without doubt, he was his own man.He was preceded in death by his father and mother. He leaves behind two sons, three grandsons, three great grandchildren, two sisters, and numerous nieces and nephews.A memorial service will be held to honor him 11:00 a.m. Tuesday, May 15th at Garden Grove Missionary Baptist Church.
To order memorial trees or send flowers to the family in memory of William "Buster" C. Clem, please visit our flower store.