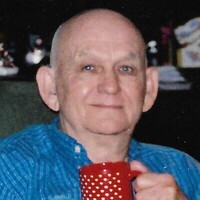 Wayne A Currie was born December 11, 1931 in Shawnee, Oklahoma to Floyd and Mary (Hudson) Currie and died February 4, 2022 in Shawnee. Wayne graduated from Shawnee High School in 1949. He served in the US Army from 1952 to 1954, returning to finish his business degree from the University of Oklahoma in 1955. He married Letitia Ann Lefler in Muskogee in 1956. They settled in Shawnee, where they started a family, having 3 children, Steve, Phillip and Susan each 3 years apart. From 1955 to 1961, he worked for the Shawnee Planing Mill, a millwork and church furniture company founded by his grandfather Sam Currie in 1896. In 1961, they moved to Kansas City, where he worked for another millwork company, then returned to Shawnee to take over the family business in 1965. In 1977, they moved to Hutchinson, Kansas where he worked for Architectural Millwork Inc. until 1985. He returned to Shawnee in 1986, where he joined his brother Bob in reopening the Shawnee Planing Mill. In 1994, he retired to enjoy the remainder of his life with family and friends. Wayne was a long-time member of St. Paul’s United Methodist Church. He enjoyed Saturday morning family breakfasts at a rotating list of area restaurants. He regularly attended Shawnee High School football, basketball and baseball games, along with St. Gregory’s basketball and OBU football games with Bob and other relatives. He and Bob were also regulars at the pool, first at St. Gregory’s, then the YMCA. Braum’s was graced with their presence every Wednesday. Fridays they attended meetings at the Pottawatomie Historical Society to stay up-to-date on area events and a variety of subjects presented by various community members. He thoroughly enjoyed spending quality time with the light of his final 10 months, his great-granddaughter Sawyer. He is preceded in death by his parents, Floyd and Mary, his son Steve Currie (2005) and his brother Bob (2021). He is survived by his wife, Ann, children Phillip Currie and Susan Currie, daughter-in-law Karen Currie, grandchildren Colin and Stephanie Currie and great-granddaughter Sawyer, all of Shawnee. He is also survived by his sister-in-law Carol of Shawnee, brothers-in-law Rodger Lefler of Tulsa, and John Lefler of Muskogee as well as numerous nieces and nephews and their families. A memorial ceremony will be held on Saturday, February 19, 2022 at 10:00 am at the Walker Funeral Chapel, with Wayne’s cousin Reverend Russell Currie of Dale United Methodist Church officiating and music accompaniment by John Lefler. Donations in Wayne’s memory can be made to: Oklahoma City VA Health Care System, 921 NE 13th St OKC, OK 73104 Attn: CDCE-Melissa Overfield. Wayne always appreciated the excellent care he received from the VA Hospital and clinics throughout his later years.
To order memorial trees or send flowers to the family in memory of Wayne Allan Currie, please visit our flower store.