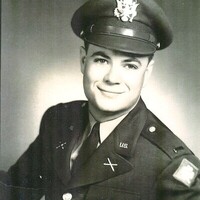 Warren Louis Summers, 89, passed away peacefully on August 30, 2022 in Sugar Land, Texas. He was born on April 24, 1933 in Norman, Okla. to Tony and Nelly Mae Summers and graduated from Norman High School in 1951. He attended the University of Oklahoma where he was a member of the ROTC and OU rifle team. After earning an engineering degree from OU, he served in the U.S. Army. A world class marksman, he helped the Army win numerous competitions before receiving an honorable discharge with the rank of Captain. Warren lived many years in Scottsdale, Ariz. and worked for Sperry Flight Systems as a marketing director, a job he loved. He returned to Okla. upon retirement and eventually met the love of his life, Shirley Mae Dees, whom he married in 2009. Warren is preceded in death by his wife Shirley, his sister Doris Earle Renegar, and his mother and father. He is survived by his son James Warren Summers and three grandchildren Emily, Olivia, and Abigail. He will also be deeply missed by his step- children, grandchildren, and great grandson. A graveside service will be held Monday, Sept. 19th, 10:00 a.m., Resthaven Memorial Park, Shawnee, OK.
To order memorial trees or send flowers to the family in memory of Warren Louis Summers, please visit our flower store.