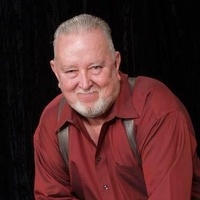 Vincent Paul McCauley, Jr, 70 of Shawnee died Thursday, January 17, 2019 in a local hospital. Services will be 10:00 a.m. Tuesday, January 22, 2019 at Walker Funeral Service Chapel. Burial will follow in Sunset Memorial in Norman. Vincent was born in Columbus, GA on June 24, 1948 to Vincent Paul, Sr. & Paula (Brown) McCauley. He attended school in Columbus, GA. He served in the US Navy for 21 years, and then became a Tech writer for the postal system. On November 18, 2011 he married Susan Tubbs. Vincent was a member of the Republican Party, St. Benedict Catholic Church and a member of the Oklahoma Military Hall of Fame. He is survived by his wife, Susan, of the homeSon: Patrick McCauley of GeorgiaSister: Theresa Brown of Columbus, GABrother: Tom McCauley of Eufaula, Alabama Step-Sisters: Susan Perkins and Charlotte Williams Step-Brothers: Lee Duncan and Wesley McCarty Step-Father: Roy Duncan
To order memorial trees or send flowers to the family in memory of Vincent Paul McCauley, Jr., please visit our flower store.