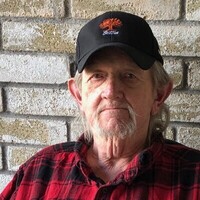 Terry Lynn Schwerdtfeger, resident of Shawnee, OK, passed away on Saturday, December 10, 2022. He was 73 years old. Terry was born on May 4, 1949 in Capron, OK to his parents, Wesley and Winona Schwerdtfeger. Terry loved watching Oklahoma State Football and old western movies. He especially enjoyed spending time with his grandson, Bryce, fishing and riding around in the country listening to music. Terry was preceded in death by his parents. Terry is survived by son, Rod Schwerdtfeger and wife Denise of Shawnee, son, Chad Schwerdtfeger of Edmond, OK, daughter, Terisa Payne of Missouri, son, Josh Schwerdtfeger of Alva, OK, step-daughter, Terri and husband Jeff Owen of Capron, OK and brother, Greg Schwerdtfeger and wife Melissa of Capron, OK. A memorial ceremony for Terry will be held at 2:00 pm on Friday, December 16, 2022 at the United Methodist Church in Capron, OK. Memorial donations may be made in Terry's honor to the United Methodist Church in Capron, 1217 1st Avenue, Capron, OK 73717.
To order memorial trees or send flowers to the family in memory of Terry L. Schwerdtfeger, please visit our flower store.