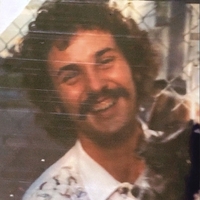 Steven Ray Carter, resident of Shawnee, passed away on Friday, April 15, 2022, at the age of 57. Steven was born in Shawnee on July 12, 1964. He worked as a welder and truck driver. Steven loved the outdoors and enjoyed fishing. Some of his best times were spent working on the farm with his grandpa.

Steven was preceded in death by his mother, Glynda Carter, his sister, Jeanette Hasbell, his grandma, Lorece Mays, and his grandpa, Ralph Mays.

Steven will be missed by his sister, Sheila Ross of Ward, Arkansas, sister, Shirlene Burnett of Prague, Oklahoma, girlfriend, Billie Tiger, of Shawnee, Oklahoma as well as numerous nieces and nephews and great-nieces and great-nephews.

To order memorial trees or send flowers to the family in memory of Steven Ray Carter, please visit our flower store.