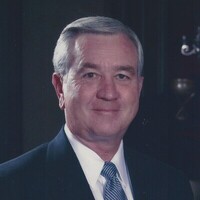 Richard was born on November 21, 1943, to Arlin D. and Clara Lilly (Scheller) Walters in Durham, North Carolina.  He was raised in the New Mexico area graduating from high school in Hobbs, New Mexico in 1961.  In high school, Richard played basketball under the great coach Ralph Tasker. While in college at Eastern New Mexico University, Richard was a member of the Pi Kappa Alpha fraternity and earned his degree in finance, followed by a Master's Degree in Banking from the Colorado School of Banking. Richard served as bank president in various communities in New Mexico before moving to Shawnee, Oklahoma where he served as Senior Vice President of Bancfirst.  After a few years in Shawnee, Bancfirst moved him to Sand Springs, OK where he served as President for several years before retiring in 2013 as President of American Heritage Bank.  When Richard wasn't working in the bank, he enjoyed golfing.  As an avid golfer, he cultivated many personal and business relationships on the links. A highlight of Richard's golfing was the term he spent as President of the Tulsa Country Club.  Grandchildren, family, and animals always held a dear place in Richard's heart. He was a loving husband, father, grandfather, and friend who will be truly missed.

Richard was preceded in death by his parents, and cousins Gary Walters, Penny Fish, and Ernie Waggoner.

To order memorial trees or send flowers to the family in memory of Richard A. Walters, please visit our flower store.