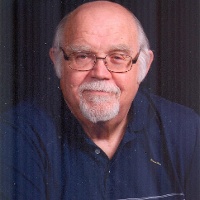 Shawnee resident Richard Franklin Speers, 73, passed away Sunday, June 9, 2019 at a local hospital. Wake service will be 7:00pm Thursday at St. Benedict Catholic Church.Funeral services will be 10:00am Friday, June 14, 2019 at St. Benedict Catholic Church. Burial will follow at Calvary Cemetery under the direction of Walker Funeral Service. Richard was born June 13, 1945 in Shawnee, Oklahoma to Albert and Katherine (Junk) Speers. He graduated from St Benedict High School. In September 1985, he married Carolann (Koehler). He worked for Shawnee Memorial for several years but also had worked at Wagon Wheel School as a counselor and at Union Street Store as a bookkeeper. He enjoyed woodworking in his shop, watching cooking shows, hot air ballooning, and sports. Richard was a member of St. Benedict Church and the Knights of Columbus (4th Degree). He was preceded in death by his parents, his wife, a brother: Ted Speers, and 2 infant brothers. Survivors include 1 Son: Paul Speers of Shawnee,1 Daughter: Jessica Scull and husband David of Shawnee,3 Sisters: Patsy Jo Taylor of Shawnee,Mary Card and husband Gaylon of Michigan,Bette Rowlett of Washington,1 Brother: John Speers and wife Cyndi of OKC,And several nieces, nephews, other family members and friends.
To order memorial trees or send flowers to the family in memory of Richard Franklin Speers, please visit our flower store.