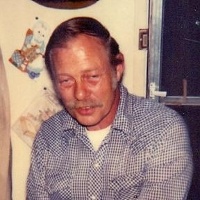 Richard Wayne Bennett, 82, of Newalla, died Monday, July 15, 2019 in a Norman nursing center. Services are planned for 11:00 a.m. Wednesday, July 24 at Walker Funeral Chapel. Burial will follow in Fairview Cemetery. Richard was born July 18, 1936 in Indianapolis, Indiana to Ralph & Lillie (Robinson) Bennett. He graduated from high school in Indiana and served in the United States Army. He worked for GM auto assembly for 33 years and was married to Jane Lee. Richard lived in Newalla most of his life, and was a member of the Republican National Committee, the NRA and DAV. He was preceded in death by his parents and a daughter, Carol Bennett. He is survived by his wife, Jane, of the home5 Sons: John, Daniel, Carl, Billy & DaleBrother: Al Bennett3 Sisters: Imogene, Connie and Marie And a number of other relatives.
To order memorial trees or send flowers to the family in memory of Richard Wayne Bennett, please visit our flower store.