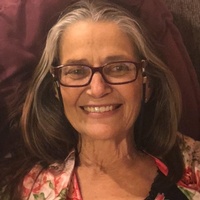 Rhonda Lynette Baptiste, 63 of Shawnee, died Thursday, January 3, 2019 in a local hospital. Services will be 2:00 p.m. Tuesday, January 8, 2019 at Walker Funeral Chapel. Rhonda was born May 17, 1955 in Oklahoma City to Cecil Hamilton and Norma Blair. She was a 1973 graduate of Broken Arrow High School. On August 2, 2002 she married Mike Baptiste in Eureka Springs, Arkansas. She worked in insurance and loved being outdoors, fishing and sitting by the bonfires, but mostly being with her family and her 6 grandchildren. Rhonda was preceded in death by her parents, Cecil & Norma Hamilton. She is survived by her husband, Mike BaptisteDaughter & Son-in-Law: Amy & Mark Crook of ShawneeSon & Daughter-in-Law: Blaze & Dillan Wiggins of TecumsehGrandchildren: Jesse and Ross Tucker, Claire and Sam Crook, Tegan and Dalton WigginsSisters: Patty of Arizona, Sue of Del City, and Kathy of FloridaBrothers: Ron of Broken Arrow, Blair & his wife Angie of Claremore, and Paul of Oklahoma City
To order memorial trees or send flowers to the family in memory of Rhonda Lynette Baptiste, please visit our flower store.