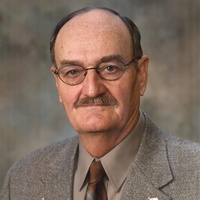 Raymond George "RG" VanZant, Jr., passed away on Sunday, March 11, 2018, at the age of 76 in Shawnee, Oklahoma. RG was loved by many and was proud to call himself a husband, father, grandfather and brother. RG was born on November 13, 1941 in Oklahoma City, Oklahoma and grew up in Paden, Oklahoma. He was veteran of the United States Army, serving 2 years after graduating from Paden High School. RG retired from the Shawnee Fire Department after 24 years of service and was a 32nd degree Mason, Shriner, and a member of Masonic Lodge 479 of Meeker. He had several hobbies throughout his life, including fishing, hunting, and traveling, and in his later life he liked to spend his time coloring and doing word searches. RG will forever be remembered by his beloved wife of 38 years, Sandra VanZant. RG and Sandra were blessed with two sons, Mark Wayne Hampton and Robert Brent VanZant.RG is survived by his wife Sandra of the home, son and daughter in law Mark Hampton and Kristy Hampton of Shawnee, granddaughters Taryn Hampton of Norman and Kristin Wollam of Stillwater. He is also survived by his grandson Gabriel VanZant and his sisters Rubie Harris, Donna Hamilton, and Sue Davis, and sisters in law, Frances Dees and Mary Butler. RG’s numerous nieces, nephews, extended family and friends will also remember him fondly. He is preceded in death by his son Robert Brent VanZant, mother Emma VanZant, father Raymond George VanZant, Sr., and his two half- brothers Dalford VanZant and Fayne VanZant. Funeral services will be held on Thursday, March 15, 2018 at 2:00 pm at Walker Funeral Service Chapel in Shawnee, Oklahoma, with Steve Burris and Jimmie Ogle officiating. Graveside service will follow in Fairview Cemetery. The family would like to extend an invitation to visit them on Wednesday, March 14th, 2018 from 6:00 pm to 8:00 pm at Walker Funeral Service in Shawnee, Oklahoma.
To order memorial trees or send flowers to the family in memory of Raymond George "RG" VanZant, Jr., please visit our flower store.