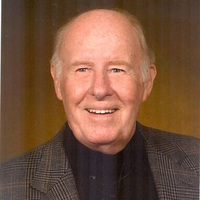 Life-long Shawnee resident Philip Elbert “Doc” Stevens entered the eternal kingdom of God on August 2, 2020. Services will be held at the Emmanuel Episcopal Church in Shawnee at 10:00 a.m. on Wednesday, August 5, 2020 followed by a private family graveside service at Resthaven Memorial Park in Shawnee. Services conducted by Walker Funeral Service and will be officiated by Father Tom Dahlman. Phil was born on September 17, 1934 in Shawnee, OK to James E. and Elizabeth Watson Stevens. He was a graduate of Shawnee High School class of 1952 and attended Oklahoma Baptist University. He was married to Joan Louree Newberry Stevens on November 19, 1955. He entered the United States Army in January of 1957, serving as a Sargent in Germany until his discharge in January of 1959. Phil was a lifetime Shawnee resident who owned and operated L&G Floors for 36 years. He was one of the eldest members of the Emmanuel Episcopal Church in Shawnee, having been confirmed there in 1947. He served his church as vestryman and lay reader. There were very few places in Shawnee that people did not recognize and know Phil’s smile! He was preceded in death by his wife, both parents and many beloved friends. Survivors include: daughter Lisa Stevens and husband Jerry Compton of Owasso, OK; son, Greg and wife Stacye Stevens of Edmond, OK, son Mark and wife Khristin Stevens of Edmond, OK, and brother Mike and wife Mary Ann Stevens of Tecumseh, OK. Phil “Doc” was blessed with 8 grandchildren and 4 great grandchildren, with one great- grandchild on the way in October. Grandchildren include: Jarrod Compton, wife Kelley and children Brennan (and Piper Dawn on the way) of Owasso, OK; Jillian Bolding, husband David and children Alexander and Brynlee of Bixby, OK; Matt Stevens, wife Kensie and child Philip “PJ” of Oklahoma City, OK; Luke and Allie Stevens of Edmond, OK; Sarah Stevens of Edmond, OK; Conner Stevens of Norman, OK; and Kallee Stevens of Edmond, OK. Phil and the family ask that memorial contributions be made to the Emmanuel Episcopal Church-Youth of Shawnee.
To order memorial trees or send flowers to the family in memory of Philip Elbert Stevens, please visit our flower store.