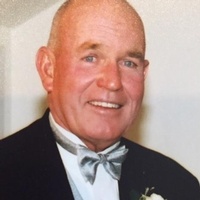 Lifelong Shawnee resident Peter Porter passed away Saturday, March 31, 2018.  He was 77.He was the son of former News-Star editor Ross and Elizabeth Porter.Porter was a 1959 graduate of Shawnee High School where he served as president of his senior class. He attended the University of Oklahoma.  He was a member of Sigma Alpha Epsilon, the First Church of Christ, Scientist, in Shawnee, a former Oklahoma Senior Weightlifting champion, and an Eagle Scout who earned the God and Country Award.Peter was kind and generous to all he met.  He was a homebuilder and construction man who worked on numerous projects for 55 years.Survivors include his three children, daughter Andrea (Birmingham) of Fort Worth, TX, and sons Todd of Roslyn, Washington and Rodney of Edmond; brothers Ross of West Hills, California and John of Oklahoma City; sister-in-law Linda Porter, daughters-in-law Karen Porter and Heather Porter, son-in-law Jeff Birmingham and five grandchildren, Piper, Payne, Rian, Reid and Carsyn Porter.Memorial services will be 12:00 noon on Thursday, April 12 at LifeChurch (5113 N. Harrison Ave.).A reception will be held at LifeChurch immediately following the Memorial Service.
To order memorial trees or send flowers to the family in memory of Peter Porter, please visit our flower store.