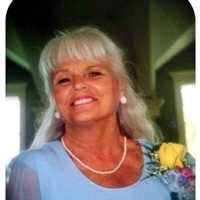 Patsy Ann Smith, 76, passed away Sunday, April 14, 2019 at The Regency nursing facility in Shawnee, Oklahoma. She was born in Ft. Worth, Texas on September 3, 1942 to Stanley and Lucita (Barnes) Milner. she had two brothers Cecil and Winston Milner. Some of her youth was spent in Norman, Ok. until her family moved to Tulsa where she graduated from Will Rogers High School. She met and married her husband of 50 years, David Smith, in June of 1960 in Tulsa, Oklahoma. She was a devoted and loving mother, involving herself in the interests and activities of her children as she served in Boy Scouts; Campfire, and the PTA. She juggled sporting events with tap and ballet recitals, homework and school activities. She was energetic, and enthusiastic. She was a beauty; inside and out. She could brighten a room with her smile and she was the light of her family’s world. When her husband David started his business in 1974, she served as his office manager until 1983 when the family moved to Shawnee, Oklahoma where she worked for Central Plastics in the production office until her retirement in 2012. Patsy is preceded in death by her husband David, her parents, both of her brothers, her brothers-in-law Daniel Smith, Johnny Smith, Jack Thurmond and Billy Staggs; her sister-in-law Laiel Thurmond. She is survived by her five children, Michael Smith and wife Juanita Smith; Steven Smith and significant other Jackie Skalla, Deborah Farnham and husband Sean Farnham; Deanna Brezny and husband Danny Brezny; Elaina VanEaton and husband John VanEaton; and grandchildren Jerry Rosser and wife Kristy Rosser; Travis Rosser; Steffen Smith and wife Mariah Smith; Ian Farnham; Connor Farnham; and Preston VanEaton; her brother-in-law Ted Smith; her sisters-in-law Bobbie Staggs, Yvonne Smith, Sherry Smith, Erika Milner, and Ivy Milner. Viewing will begin Wednesday April 17. The Family will be present Thursday from 6PM to 8PM to receive friends. A Graveside service will be held Friday, April 19, 2019 at 10:00 A.M. at Ft. Gibson National Cemetery 1423 Cemetery Rd, Fort Gibson, OK 74434 under the direction of Walker Funeral Service.
To order memorial trees or send flowers to the family in memory of Patsy Ann Smith, please visit our flower store.