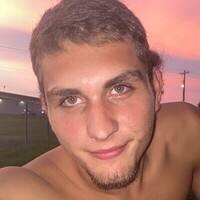 Michael “Christopher” Stone made his grand entrance into this world on April 29, 2000 in Shawnee, OK. Christopher was raised in Earlsboro, OK by his father Michael and grandparents Oatus and Michele Stone. He lived with his parents Michael, Cecilia, and brothers Hayden and Grayson Stone in Earlsboro, OK. Christopher began his first race onto the golden streets of heaven on January 26, 2022 at the age of 21.

Christopher attended Earlsboro Public schools and Gordon Cooper Technology Center where he graduated from both in 2018 with his diploma and machinist certification. Christopher was great at baseball and was a true showman at everything he did. He was a natural when it came to riding and was wearing out wheels before he could even walk. He was an amateur racer and professional hell-raiser.

Chris had never met a stranger. He lived for fast motors, good times, and good people. If he ever told you he loved you he meant it with all of his heart. He had a smile that could light up the darkest of rooms and could charm the pants off of rattlesnake. Christopher's pride and joy were his little brothers and of course, his car.

Christopher is preceded in death by great grandparents Loraine and WD Stone and Myron and Janice Hoeg as well as several other family and friends.

Christopher's family and close brotherhood of friends will forever cherish and keep his memory alive.

Christopher's legacy of living life fast and fearlessly will continue to live on through the love he shared with everyone he met and through his life-saving gift of organ donation. Christopher will forever be our hero.

A funeral ceremony for Christopher will be held at Earlsboro Public School Auditorium Saturday, February 12, 2022 at 1:00 p.m. Graveside service will follow under the direction of Walker Funeral and Cremation Service.

To order memorial trees or send flowers to the family in memory of Michael Christopher Stone, please visit our flower store.