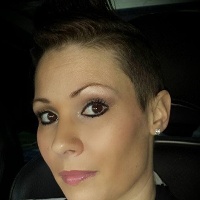 Meredith Louise Russell Hines was born in Greenville, TX on October 5, 1980 to Norris and Jimmie Russell. She passed away from this earth on July 10, 2019 in Oklahoma City, OK after a long battle with lupus.Meredith grew up in Shawnee, OK and graduated from Shawnee high school in 1999. While in high school, Meredith was a member of the Shawnee Pom Squad. After high school, Meredith attended Oklahoma Baptist University, graduating in 2002 with a bachelor of science in exercise and sports science. She served as a student athletic trainer. While at OBU, Meredith met and fell in love with her future husband, Christopher Warren Hines. They married in 2002.Meredith was known for her lifelong love for dance both as a student and a teacher. As a student, she was the first in the studio and the last to leave. She later opened and operated her own dance studio, Broadway Dance Expressions, in McLoud and Shawnee. Her dance accolades are too numerous to mention in their entirety but include numerous first place, platinum awards, and high point winners in Dance Educators of America, Showbiz, and Dance Masters of America, among others. She made regular trips to New York City to compete in national competitions.Meredith is preceded in death by her mother, Jimmie Louise Russell, her beloved husband, Christopher Warren Hines, aunt Robbie Russell, paternal grandparents Norris and Nancy Russell, and maternal grandmother Lena May “Ginger” Smith. She is survived by her father, Norris Russell of Shawnee, her brother Jeremy Russell and wife Sally of Moore, nieces and nephews Ainslee, Gracie, Samuel, and Simon Russell of Moore, and grandfather Malcolm Smith of Livingston, TX.In lieu of flowers, the family requests that donations be made to the Lupus Foundation of America, or to the Meredith Hines Memorial Scholarship for Health and Human Performance at Oklahoma Baptist University. Scholarship donations can be sent to the office of OBU Institutional Advancement, PO Box 61275, Shawnee, OK 74804.Funeral services will be held at 2:00P.M. Saturday, July 13, 2019 at University Baptist Church with Rev. Justin Dunn officiating. Burial will follow at Resthaven Memorial Park.
To order memorial trees or send flowers to the family in memory of Meredith Louise Russell-Hines, please visit our flower store.