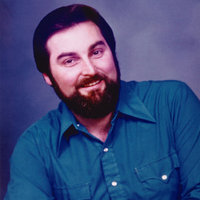 Melvin was born on February 9, 1943 at ACH Hospital in Shawnee, OK to Melva and Cosette Johnson.  He graduated from Shawnee High School in 1961 and then went to work for Broadway Hospital, Shawnee Street Department, Fred Jones and ultimately Tinker Air Force Base, where he retired as a KC-135 Aircraft Mechanic after 37 years of service.

He met the love of his life, Loretta Ann Morris, in the fall of 1962.  They married July 16, 1963 and spent fifty-nine memorable years together.  They had two sons, Donald Johnson and Daryl Johnson, and one daughter, Tonya Johnson-Bussell.

Melvin was a long-time member of Faith Community Church of God.  He and his wife shared a love for Jesus, enjoyed traveling, NASCAR, riding motorcycles and spending time with family.  He especially loved spoiling his only grandchild, Bray Bussell.

He was preceded in death by his parents, Melva Burl Johnson and Ella Cosette Fairbanks-Johnson, one sister, Phyllis Gale Hilton, and one brother, Paul Leslie Johnson (Korean POW).

He is survived by his wife, Loretta Johnson, children, Donald Johnson, Daryl Johnson, and Tonya Bussell and husband Brandon and one grandson, Bray Bussell, all of Shawnee, OK as well as cousin, Meekee Graham and husband Bob of Nashville, TN along with numerous other family and friends.

Those wishing to pay their respects may do so at Walker Funeral & Cremation Service on Friday, October 21st from 9am to 7pm with family present to greet friends from 5-7pm. A funeral ceremony for Melvin will be held at 2:00 pm on Saturday, October 22, 2022 at the Walker Funeral Chapel with burial to follow at Resthaven Memorial Park in Shawnee, OK.

To order memorial trees or send flowers to the family in memory of Melvin Burl Johnson, please visit our flower store.