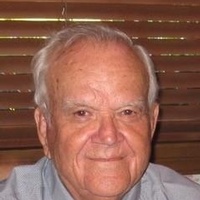 Lloyd L. Wilkins, 87, of Shawnee, OK passed away at his home on Sunday morning August 12, 2018 and met his Savior face to face.Born July 17, 1931 in Wichita Falls, TX to Tyrus B. and Dorothy M. Wilkins, Lloyd was a dearly beloved husband, father, grandfather, uncle, and friend to many.Lloyd graduated from high school in Wellington, TX in 1949, and in 1950 he enlisted in the Navy. Lloyd was stationed at Pearl Harbor, Hawaii and served as a radioman on three aircraft carriers during the Korean War.While on leave from the Navy in Wellington, TX in June 1953, Lloyd met the love of his life, Yvonna Marie Overton. Lloyd and Yvonna were married on May 30, 1954. In September 1954, Lloyd enrolled at Texas Tech University where he studied Petroleum Engineering, was a member of Tau Beta Pi Engineering honor society, and graduated Magna Cum Laude in May 1958.After graduation, Lloyd was hired by Magnolia Petroleum Company (later to become Mobil Oil Company) as a Petroleum Engineer and worked in Healdton, OK. Lloyd and Yvonna were blessed with two sons, Mark Alan Wilkins and Kevin Lloyd (Scott) Wilkins. Lloyd left Mobil Oil in July, 1967 and started his own oil and gas firm, L. L. Wilkins E & O Company. He consulted and also operated oil and gas properties out of his office in Healdton, OK before moving to Shawnee, OK in 1971.Lloyd and his family joined Immanuel Baptist Church in Shawnee in 1971 where he faithfully served as a deacon and men’s Sunday School teacher for many years. Lloyd loved God’s Word and he loved sharing it with others. Lloyd was also an avid fisherman and his men’s Sunday School class enjoyed many annual fishing trips to the Cabin on Lake Texoma. Lloyd also enjoyed fishing many times on Lake Texoma with his family and grandchildren and his good friend A. V. Daugherty.Lloyd was a Scoutmaster of Troop 410 in Shawnee and was a role model and mentor to many young men. Lloyd and his Sunday School class also supported numerous children from the Baptist Children’s Home in OKC. In 1977, Jeff Witcher from the Baptist Children’s Home came to live with Lloyd and Yvonna as a foster son. Lloyd and Yvonna also ministered to Kathy Kelough Taylor as a young girl and still consider her “granddaughter”. Lloyd was preceded in death by three brothers, Glenn Wilkins, Bud Wilkins, and Pat Wilkins, and foster son, Jeff Witcher. He is survived by his wife of 64 years, Yvonna Wilkins, his son Mark and wife LeeAnn Wilkins, his son Scott and wife Liz Wilkins, grandson Caleb and wife Megan Wilkins, granddaughter Bethany and husband Jay Taylor, and grandchildren Kaitlin, Garrett, and Gage Witcher and their mother Shelley. He is also survived by his sister, Eva Cason of Abilene, TX and brother, Tom and wife Paula Wilkins of Amarillo, TX and many nieces and nephews. Lloyd was loved dearly by his family and friends. We miss him greatly but look forward to being united with him again.Viewing will be held at Walker Funeral Home on August 15, 2018 at 5:30-7:00 pm. Funeral services will be held at Immanuel Baptist Church in Shawnee on August 16 at 10:00 am. Burial will be at Cave Creek Cemetery in Vinson, OK.
To order memorial trees or send flowers to the family in memory of Lloyd L. Wilkins, please visit our flower store.