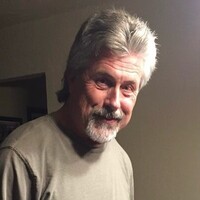 Leslie “Joe” Presley, of Rush Springs, OK passed away February 23, 2021 at 60 years of age. The funeral service will be held on Saturday, February 27, 2021 at Evangelistic Center Church in Shawnee, OK. Funeral arrangements are being made by Walker Funeral Service of Shawnee, OK. Interment will be at Pilgrim’s Rest Cemetery in Newalla, OK. Joe was born on December 7, 1960 in Oklahoma City to John Garrett Presley and Betty Jo (Sawyer) Presley. When Joe was a boy, he always dreamed of being surrounded by pretty girls. His dream became a reality when he married his beloved Wifie, Brenda Kay (McBride) Presley, and together they had three girls. The girls adore their father, and they went on to bless him with nine beautiful granddaughters and three wonderful ornery grandsons. Joe was an owner operator leased to Red Rock Transportation for the last 20 years. He loved and worked hard for his girls, and when he wasn’t with them he spent most of his time behind the wheel of a big, shiny Peterbilt. He definitely believed that Chromeliness is next to Godliness. He worked with many great men and women, who quickly became like family to him. He was a mentor, teacher and encourager to many. His smile was infectious, and his sense of humor legendary. A lifelong learner, Joe enjoyed studying his bible and using that knowledge to guide others and lead by example. He consistently showed the unconditional love of God to others. Joe was preceded in death by his father and mother, John Garrett and Betty Jo Presley, and his grandparents. He is survived by his wife, Brenda Kay Presley of Rush Springs. They were married 40 years. Also his daughters: Brandy and husband Jeremy, and their children Jarrett (Brittany), Jakob, Averi, Jentry and Adryane. Leslie and husband Brandon, and their children Aubrie, Lilly, Josie, Evie and Molly. Brittanie "Bib" and husband Keven, and their children Kayton and Falon. Brothers, John Amos Presley & Rodney Ward. Aunt, Dorothy A. Beard, and a host of extended family and friends. 10-4
To order memorial trees or send flowers to the family in memory of Leslie "Joe" Presley, please visit our flower store.