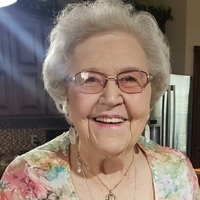 Joyce loved cooking and sewing!  She enjoyed cooking for others and seeing their pleasure in what she prepared.   Joyce also was very passionate about watching OU/OSU sports and the Thunder games!  She was a loving wife and mother who will be missed dearly by her family and friends.

A family visitation will be held at Walker Funeral & Cremation Service on Monday, January 24th from 4-7pm.

To order memorial trees or send flowers to the family in memory of Joyce L. Lasley, please visit our flower store.