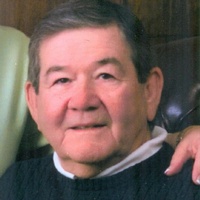 On the evening of January 1st, 2018, Jim A. Bowles passed away peacefully in his home with his loving wife by his side. Jim will be remembered for his unfaltering love and loyalty by numerous family and friends. We will celebrate his life at 10:00 a.m. on Friday, January 5th at Walker Funeral Service Chapel with burial services at 1:00 p.m. on Saturday, January 6th in Ames, Oklahoma. Jim was born on April 28th, 1941 in Ames, Oklahoma to E.P. and Buena Bowles. He graduated from Ames High School in 1959 and attended East Central University earning a Bachelors degree in accounting. He was a practicing CPA and investment banker as well as the owner of Country Grove Apartments in Shawnee. Jim served his country as a member of the U.S. National Guard, 45th Infantry Division. He married Karen Webb on December 15, 1961 and they recently celebrated they’re 56th wedding anniversary. They moved to Shawnee in 1971 where they have been active citizens in the community for over 40 years. Jim was a member of the Shawnee Chamber of Commerce and contributed in numerous civic roles for the city. An avid hunter and outdoor sportsman, Jim enjoyed hunting dove, pheasant, deer and quail. He particularly loved working with his beloved hunting dogs and participating in field trials. Every October, Jim joined a group of friends and family for the opening weekend of pheasant hunting in South Dakota. He never missed a trip. In recent years, fishing and spending time at Lake Texoma have become favorite pastimes for Jim and his family. He found great peace out on the boat in the early morning hours just before sunrise. Jim joins in heaven, his infant son, Jonathan Andrew Bowles, his parents, E.P. and Buena Bowles, his in-laws, Fred and Irene Webb, brother-in-laws, Butch Webb, Paul Janos, Mel Vaughan, Stanley Summers, a niece, Jo Diane Summers and many dear family and friends. He will be missed by Karen Bowles, two daughters, Jennifer Lynn and Desdive Click, one son-in-law Kevin Click, four grandchildren, McKenna and Ethan Lynn, Sidney and Sawyer Click, three sisters, Janice Janos, Jtonne Summers, Jerry Lea Vaughan and numerous family and friends. Memorials may be made in Jim’s honor to the Oklahoma Heart Hospital.
To order memorial trees or send flowers to the family in memory of Jim A. Bowles, please visit our flower store.