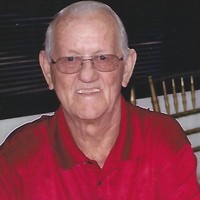 Gene “Pete” Ellis Stanley passed away on January 17, 2020 at the age of 82 in Shawnee, Oklahoma with family in his daughter’s home. He was married for 35 years to Donna Stanley. Pete was born on February 14, 1937 in Dill City, Oklahoma. He was very proud that everyone celebrated his special Valentine birthday. He was the son of Bill and Beulah Stanley. In 1955, Pete graduated from Burns Flat High School in the small town of Burns Flat, Oklahoma. After a couple of years of working in construction he served in the U. S. Air Force from 1957-1961. He spent the next 30 years working for the US Post Office and worked his way up to Postmaster. He loved people and took extra special care of his customers. After retiring from the post office, he continued to work as a real estate agent. During retirement he delighted in touring the country by RV, spending time with his children and grandchildren and when the weather turned cold, he spent time with his winter Texan community playing dominoes and singing gospel music. He is survived by his son Lance and Kimmi Stanley of Yukon, OK; daughter Teresa and Brad Jett of Shawnee, OK; stepson Warren and Jennifer Berry of Lockwood, Missouri; and step daughter-in-law Tonja Berry of Seminole, OK. He is also survived by his favorite grandchildren; Jennifer, Hannah, Hunter, Brighan, Avery, Wayland, Shelbi and Ryan; great-grandchildren and many nieces and nephews. Pete has two surviving sisters, Dutch and Clifford Goodwin and Billie Ann Knight. He is preceded in death by his wife Donna Stanley, his parents and five siblings.The funeral service will be held on Saturday, January 25, 2020 at 10:00am at the First Freewill Baptist Church in Seminole, OK with interment at the Little Cemetery. Visitation will be held Friday evening, January 24 from 5:00-7:00pm at Walker Funeral Service in Shawnee, OK.In honor of Pete’s legacy, the family request memorial donations be sent to the Seminole First Freewill Baptist Church P. O. Box 1287, Seminole, OK 74868.
To order memorial trees or send flowers to the family in memory of Gene "Pete" Ellis Stanley, please visit our flower store.