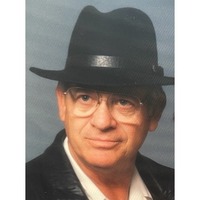 Edmond Gene Colston received his heavenly reward on Thursday, November 10, 2022, at the age of 87.  He was born on July 22, 1935, in Corinth, Kentucky to Arva John and Edith (Fields) Colston.  Edmond grew up in rural Kentucky.  He joined the Air Force when he was 19 years old and is a Korean War veteran.  He completed his service while at Tinker Air Force Base and then worked civil service until he retired in 1988.  Edmond met Wanda June Wilson while on TDY in Andover, Kansas and they were married for 60 years.  Edmond loved to golf, play cards and dominoes, hunt and fish, and spend time with his family.

He was preceded in death by his parents, Arva John and Edith Colston, and brothers Junior Colston, Charles Colston, and Donald Colston.

Those wishing to pay their respects may do so at Walker Funeral & Cremation Service on Monday, November 14th from 8 am to 6 pm with family present to greet friends from 4-6 pm. A funeral ceremony for Edmond will be held at the Walker Funeral Chapel on Tuesday, November 15, 2022, at 10:00 am. Following the ceremony, Edmond will be laid to rest at Dale Cemetery with military honors. Casket bearers will be: Marc Colston, Todd Colston, John Colston, Jonathon Colston, Toby Basinger, Zac Griffin, and Eric Colston. Honorary Casket bearers will be: Ryde Griffin and Track Griffin.

To order memorial trees or send flowers to the family in memory of Edmond Gene Colston, please visit our flower store.