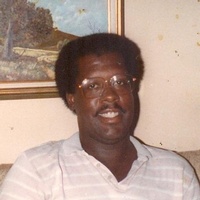 Shawnee resident Donald Simpson, 63, passed away Friday, November 23, 2018 at his home.Services will be 11:00 A.M. Saturday, December 1, 2018 at Walker Funeral Service Chapel with Reverend Michael Harris officiating. Burial will follow at Earlsboro Cemetery.Donald was born April 28, 1955 in Seminole, Oklahoma to Frank and Deloris (Webber) Simpson. He graduated from Earlsboro High School in 1973 and attended Eastern Oklahoma State College in McAlester, OK where he received his Associates Degree in Business Management. After graduation Donald attended the University of Omaha, NE. Donald worked as a food service supervisor at O.B.U. for over 30 years. At an early age Donald was baptized and gave his life to Christ. He loved the outdoors and enjoyed cooking, hunting, and fishing. His favorite hobby was definitely fishing where he would spend a majority of his time. In his free time he also loved sports. He kept up with O.U. men’s basketball and football. Donald had such a special love for his siblings that when their dad was absent he took on a father’s responsibility at home. He would do it all! Donald also enjoyed helping others and taking care of his nephews and nieces. In the time of his transition he continued doing for others. Often known as “Duck” to several friends and family, Donald Ray Simpson helped tremendously in providing love, discipline, knowledge and understanding to the Simpson Family. He was preceded in death by his parents: Frank and Deloris Simpson, Aunt: Mae Lois Simpson, Sister: Teresa Ann Simpson, 4 Uncles, 5 Aunts, 1 Niece, and 1 Great-Niece.Survivors include: Brothers: Frank & Angle Simpson of Tecumseh, Chris Simpson of Shawnee, Nathaniel Simpson of Shawnee, Roger Simpson of Shawnee, Stanley & Kim Simpson of Tulsa, Larry & Terri Simpson of Shawnee; Sisters: Carolyn Rose of Midwest City, Patty & Mark Tramble of Shawnee, Rhonda Simpson and Terry of Shawnee, Drucilla Simpson of Shawnee, Linzetta Jackson and James of Shawnee; Aunt: Dean Jones,Victor & Tina Jones; Cousin: MeLinda Jackson of AL; and a host of other nieces, nephews, other family and friends.
To order memorial trees or send flowers to the family in memory of Donald Ray Simpson, please visit our flower store.