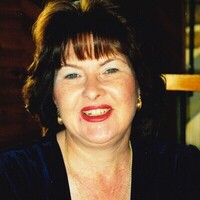 Sherri began her adventurous life of 68 years on the hot and humid morning of August 4, 1953 in Stillwater, OK. As a wee girl her favorite things were fishing trips with her Daddy who affectionately called her "mousehead" and playing dress-up with her mother's high heels and equally high fashion clothes. She and her brother Kerry loved to play The Three Stooges but soon abandoned this game when they discovered it caused real-life injuries.

Due to parental work locations she and Kerry went to stay with their maternal grandparents in Wyoming. This time was cherished by all as they marveled at the breathtaking grandeur of Grand Teton and Yellowstone National Parks.

When she was 14 years old she went to join her father in Alaska and graduated from West Anchorage High School in 1971.

As a young adult Sherri began work on a contract with the Department of the Interior during construction of the Trans-Alaska Pipeline where she met her future husband Richard Wolf. They were married on July 11, 1981 in Las Vegas, NV. Shortly thereafter they moved to Mission Viejo, CA and lived there for 22 years.

Sherri was an accomplished and talented seamstress, earning the title Certified Custom Dressmaker as well as Color, Wardrobe and Image Consultant. She designed and made many gorgeous items of apparel, taught sewing classes and even put on her own fashion shows.

Sherri was also a gourmet cook and put on cooking exhibitions at a local college where she was walking, talking, sauteing and stirring long before Emeril burst upon the scene. She was a loving and wonderful mother to her son Ken and was known as "Beach Mom" for the many fun trips to the beach with Ken and his friends, always supplying plenty of drinks, snacks, toys and towels.

A soul of generosity, Sherri was happiest when in the service of others, evidenced by her volunteer work with Project SAFE providing help to victims of domestic violence and the Salvation Army Ladies Auxiliary. She took Jesus' command to Feed His Sheep literally and did just that.

Sherri was a very spiritual person, and the nurturing and growth of her relationship with her Heavenly Father, her Lord and Savior Jesus Christ and the Holy Spirit was a lifelong priority to her.

She would want us to know that grief and sorrow are unexpressed love, so there is no need to struggle against them. They are positive emotions and all about love.

"There is more hunger in this world for love and appreciation than for bread." - Mother Teresa

Sherri was preceded in death by her parents, Melvin Dean and Janice Lattrell Martin (Pence) and brother, Kerry Lee Martin.

A memorial ceremony for Sherri will be held on Monday, January 10, 2022 at 2:00 pm at the Walker Funeral Service Chapel. Her cremated remains will be placed into the Pacific Ocean at a later date in accordance with her wishes.

To order memorial trees or send flowers to the family in memory of Sherri Lynn Wolf, please visit our flower store.