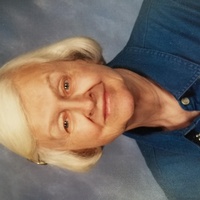 Catharine Jane Whittenberg Collum, 93, formerly of Shawnee, died February 26, 2018 at her home in Okla. City, OK.Memorial services will be 10:00 a.m. Saturday, March 24 at Emmanuel Episcopal Church, with Father Bill Carroll and Father Tom Dahlman officiating. Memorials may be made in the form of donations to a local food bank or meals program.Catharine was born April 14, 1924 in Stillwater, OK to George William and Ruth (Evans) Whittenberg. She graduated from Stillwater High School, and went on to receive her BA at the University of Colorado in 1948, her MS in Psychology at Oklahoma State University in 1957, and her MSW at the University of Oklahoma in 1968.In 1948 she married William Weltner. She later married Shawnee native, Hugh Collum on May 25, 1956.Catharine lived in Shawnee from 1959 to 2015 and loved her life. She married Shawnee native, Hugh Collum, her husband of 39 years, in 1956 and raised their 3 children here.Catharine was an adventurous world traveler to Italy, Germany, Turkey, Spain, Kenya, Russia, Peru and Australia, but it was in Shawnee where she shared her time, energy and warmth of spirit most generously. She dedicated her life to the people and institutions that she valued and worked tirelessly for the benefit of her community, professionally as an Oklahoma State and Pottawatomie County child welfare social worker, as a Shawnee Public Library volunteer and board member, a volunteer at the Mabee Gerrer Museum of Art, a canvasser for the Shawnee Democratic Party, a volunteer at the Shawnee Little Theatre, a volunteer driver for Meals-on-Wheels, and a bicyclist with the Pottawatomie County Pedalers. Whether new friend or old, she greeted those she met kindly, with a smile and a compliment. She was curious, and both a good listener and a great story teller. She was known for her quick wit, humility and open mind. Catharine loved her life and lived with passion, honor and strength. She remains a source of inspiration for those she leaves behind. With a sense of awe and gratitude, she remarked last Christmas when the family was all together in her home, “I was an only child, and look at all this!”She was preceded in death by her parents and her husband of 39 years, Hugh.Catharine is survived by:2 Sons: David Alan Collum (Shari) of Willis, TX and Mark Edgar Collum (Jan) of Okla. City, OKDaughter: Leslie Anne Collum (David Penn) of Murfreesboro, TNGrandchildren: Clayton David Collum and Andrea Catharine Collum Murrell, both of Okla. City, William Douglas Collum of Denver, CO, Evangeline DuBois Collum Shockley of Aurora, CO, Catherine Jane Penn and Elizabeth Anne Penn, both of Murfreesboro, TNGreat Grandchildren: William David Collum, Mary Catharine Collum, Conrad MacArthur Murrell, Irie Annette Collum and Ophelia May Shockley.
To order memorial trees or send flowers to the family in memory of Catharine Jane (Whittenberg) Collum, please visit our flower store.