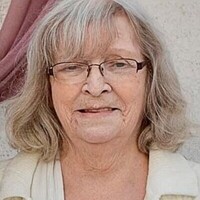 Barbara Ann Morphis, 80, of Shawnee, Oklahoma, went to be with The Lord on January 22, 2022. She was born in Shawnee, Oklahoma, December 17, 1941 to Frank & Velma McCalip. In 1958, she married Raymond Griggs in Shawnee, Oklahoma. They were married for many years. She later married Benny Leon Morphis and they remained married until his death in 2011. Her pride and joy was her children, Tammie Parker, of Fort Worth, TX, Kim Jackson & husband Johnny, of Tecumseh, OK, Steve Griggs, of Fort Smith, AR, Robert Griggs, of Oklahoma City, OK, Angel Smith of Pocola, OK, Dalton Smith-Morphis, and wife Tiffany of Van Buren, AR, and Keili Moucka and husband Sean. She also leaves many grandchildren and generations of great-grandchildren. A funeral ceremony for Barbara will be held at 10:00 am on Thursday, January 27, 2022 at the Walker Funeral Chapel. Following the ceremony, she will be laid to rest at Fairview Cemetery in Shawnee. Casketbearers will be: Steve Griggs, Bobby Griggs, Sean Moucka, Dalton Smith-Morphis, Chris Striplin, and Johnny Jackson. Honorary Casketbearers will be: Josiah Parker and Elijah Johnson. Viewing for Barbara will be held at Walker Funeral & Cremation Service on Wednesday with a family visitation from 4-6pm.
To order memorial trees or send flowers to the family in memory of Barbara Ann Morphis, please visit our flower store.