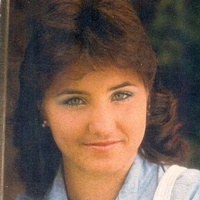 Angel Danielle Palmer-Prince Jones was born May 21, 1970 in Falls Church, Virginia and went to be with the Lord on April 26, 2018 at the age of 47 years, after an eighteen year battle with Multiple Sclerosis.She graduated from Bethel High School in 1988. She had a love for sports and played softball throughout high school. After graduation she continued to play softball for years and played two years of women’s professional football with the Oklahoma City Lightnings and the Wildcats. Angel attended Rose State College. She was employed at Shawnee’s Unity Hospital for 18 years and later at a medical clinic in Oklahoma City for 2 years as a lab technician. Angel was preceded in death by her fathers Dan Palmer, James Prince and her grandparents. She is survived by daughters Courtney Jones and Haleigh Jones, grandson Braydin, Mother Nita Prince, brother Monty Prince and wife Jenny, 3 nephews Denver, Zackery and Jaxon Prince, many aunts, uncles, cousins and a host of friends.Memorial Services will be 10:00A.M. Saturday, May 5, 2018 at Walker Funeral Service Chapel. There will be no viewing.We want to thank Kathy Edie for all of the care she has given Angel through the years. A special thank you to Doctors Koons, Padro and Stevens and to the employees of Rose Manor who gave her such attentive, loving care.In lieu of flowers, the family requests that donations be made to the Oklahoma MS Foundation in memory of Angel. Maybe someday, with the help of donations, they will find a cure.We dearly love you, and will cherish our memories of you! Go fly with the Angels and walk on the streets of Heaven.
To order memorial trees or send flowers to the family in memory of Angel Danielle Jones, please visit our flower store.