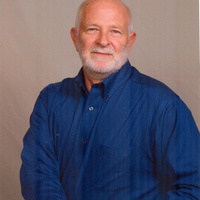 Allen Ray Deason of Shawnee, Oklahoma was born October 22, 1955 in Norman, Oklahoma to Albert & Angie (McIntosh) Deason. He passed away in his home on October 23, 2018 at the age of 63.Allen is survived by the love of his life, best friend and devoted wife, Lorra Ellen (Webley) Deason. They were married December 22, 1998. Allen has 4 daughters: Cassidy & Cole Buzbee of Shawnee, Lexes Satterwhite of Shawnee, Amber & Eddie Huff of Wayne, and April & Jeff Schleff of Washington, OK. Two sisters: Sheila Eischen of Cowetta, and Aleta & Jarred Giddens of Edmond; 8 grandchildren, with one expected in November, and 1 great grandchild. Mother: Angie Deason, Brother-in-Law: Darin & Shelly Webley of Shawnee, mother-in-law, Francis Webley of Choctaw and many nieces and nephews.Allen grew up in Washington, OK and graduated from Washington High School. He worked as a plumbing contractor and began his plumbing career at the age of 16. He owned his own plumbing company with his wife, L & A Contracting. Allen took pride in his work to the point of perfection. In his trade he was a legendary plumber. He was a man of many trades and talents.He enjoyed and loved being at his Eufaula Lake home with his wife, family and friends. He enjoyed fishing, boating and just simply hanging out on his boat dock visiting with his lake neighbors, friends and family. You could find him hanging out at his shop working on various projects and hobbies. He was always ready and willing to help anyone in need. Allen taught many people in his plumbing trade, who have become successful business owners of their own. He always set a tremendous example to work hard and appreciate what is right in front of you. He was a very loving and giving man, and the most prepared individual you could ever meet. His dear friends and wanting to help others was a very important part of his life. He loved his family and friends dearly. Allen was a loving and devoted husband, son, father, grandfather and brother. He was a very accomplished, astonishing and amazing man. He was highly respected and appreciated by many. He was the best of the best and will be severely loved and missed. He was an OKC Thunder fan, and had a passion for animals. After his adopted German Sheppard Rochelle passed in 2013, he would donate to local organizations to help other animals in need. Allen is preceded in death by his father, Albert Deason, father-in-law, Ray Webley and 2 brothers-in-law: Jim Eischen and William Ray Webley.In lieu of flowers please make donations to your local animal shelter in honor and loving memory of Allen R. Deason.Services will be held 1:00 p.m. Monday, October 29, 2018 at Sharon Baptist Church, 19002 S. Gordon Cooper Drive, Shawnee with Brother Gary Caldwell and Brother Clint Dawkins officiating. Burial will follow at Flynn Cemetery in Cushing, OK
To order memorial trees or send flowers to the family in memory of Allen Ray Deason, please visit our flower store.